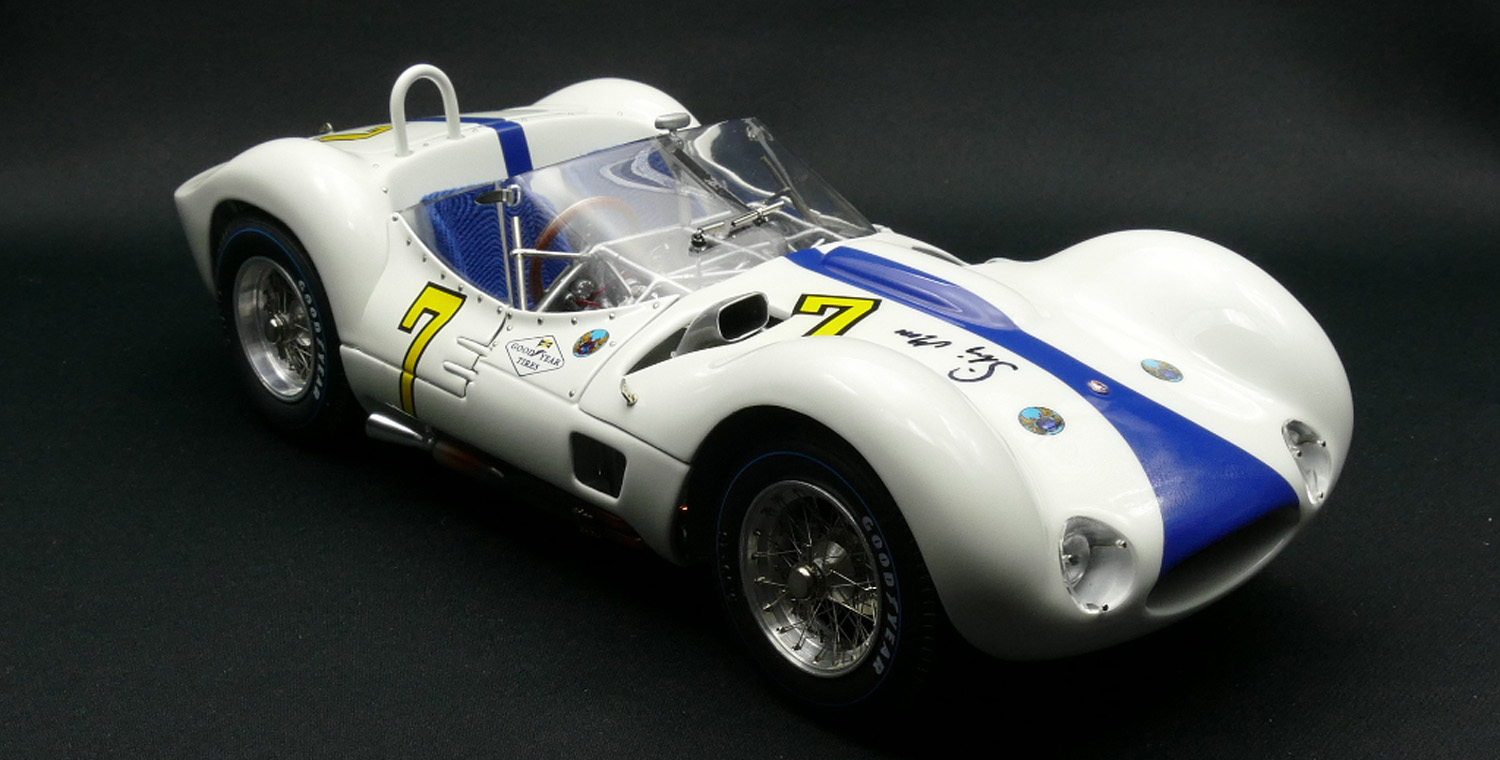 Miniature enthusiasts and collectors of CMC model cars around the world have kept asking for the legendary Maserati Tipo 61 Birdcage. It led us to consider building a new version of the car beside the one with starting number 5 (victor of the 1,000 km race of the 1960 Nürburgring, co-piloted by Stirling Moss / Dan Gurney).

The winner of the 1960 Cuban (Havana) Grand Prix driven by Stirling Moss came to be our first choice. This Birdcage replica with starting number 7 is limited to 1,500 units worldwide. It is expected to be warmly acclaimed and embraced by Maserati fans in particular.

The Cuban Grand Prix was launched under the Batista administration in 1957 and meant to attract wealthy tourists from the nearby USA primary.

The race comprised 50 rounds, with a total distance of 260.5 kilometers, on a road course running along beach promenades of Havana, Cuba. The first race in 1957 was a huge success.

The racing event was called off in 1959 due to the impact of a rising revolution led by Fidel Castro. In 1960, the race resumed but was relocated to Camp Freedom. There, the Cuban Grand Prix was held for the last time on an airfield. Stirling Moss participated in the race, drove a Maserati Tipo 61 Birdcage with starting #7 from Camoradi, a USA private team, and won a commanding victory.

This special edition features the signature of Stirling Moss on each front lid in appreciation of the extraordinary quality of the CMC-made Maserati Tipo 61 Birdcage replicas. The certificate testifies to the authenticity of Stirling Moss signature and the exclusivity of the special limited edition itself.