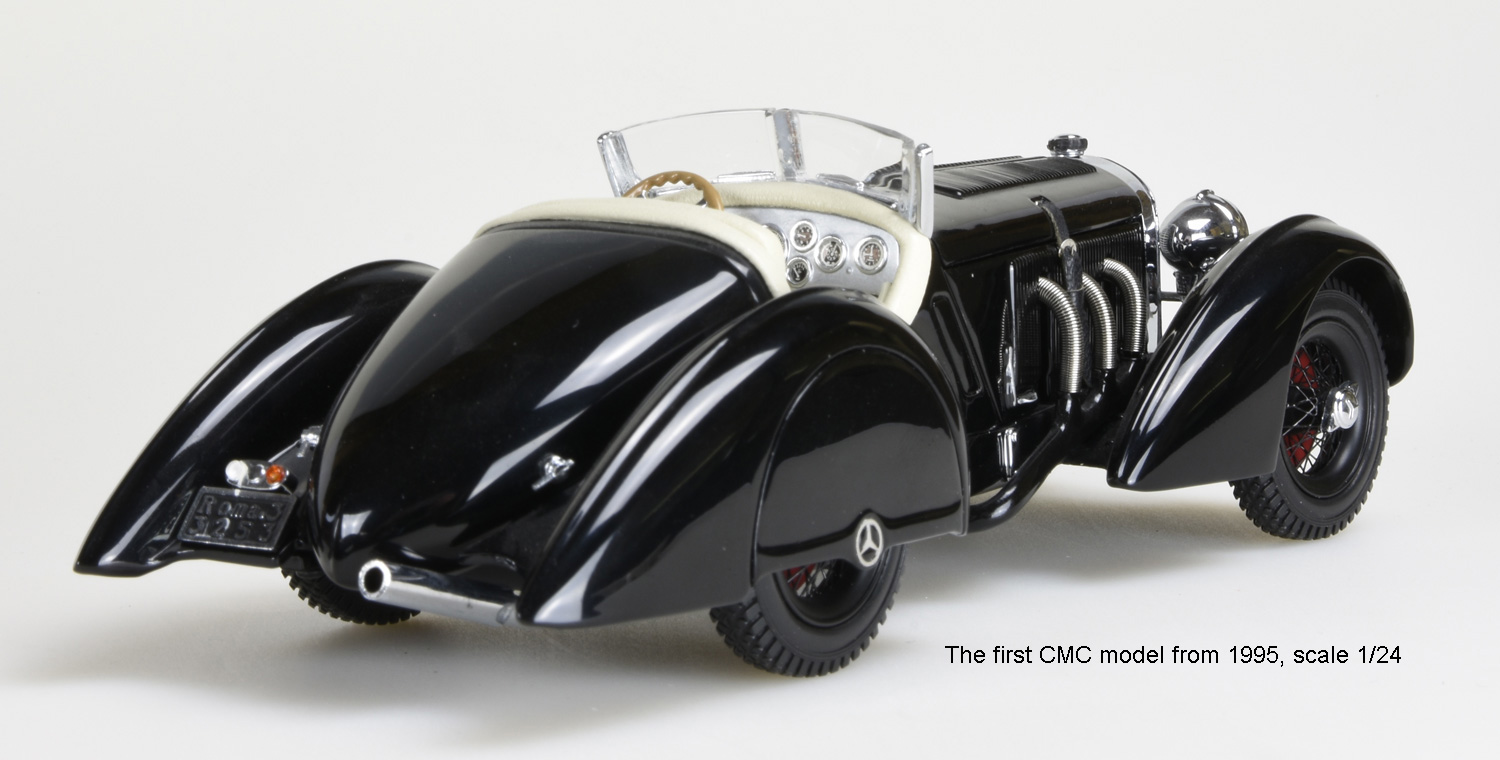 This product is currently not available, but you can pre-order it here. When the product will become available, we will inform you by e-mail and you have to make the payment only then.
Request for item via Email or telephone: (852) 2186 9020
Item no. M-225 Category: CMC Mercedes-Benz

With this model, CMC Classic Model Cars returns to the roots of its own history.
It was the first self-developed model by the company founders Shuxiao Jia and Herbert Nickerl in 1995, which was made available in a scale of 1:24. Immediately after its debut, the CMC miniature was voted “Model of the Year 1995” by a major trade magazine. In retrospect, the young company could not have had a better start. CMC then sent a model to the owner of the original car, fashion designer Ralph Lauren, who was delighted about the beauty of the CMC model.
The “Black Prince” is considered one of the world’s most valuable Mercedes-Benz. Of the 30 SSKs ever built, Chassis 36038 has one of the most interesting stories to tell. It was first delivered to Japan without a body in 1930. From there , the chassis was shipped to Italy, where it got its first body. The new owner Carlo Felice Trossi was a private racer who first used the car in races. Then he decided to have his car outfitted with a low-flow roadster body in the style of the time. Scientific aerodynamics was still in its infancy during the early 1930s. Many of the streamlined vehicles of this era looked sleek but were lacking in any proven dynamic benefits. It can be said that under this fashion of the time, even the design of everyday objects was prone to be streamlined.Trossi sketched a unique special body that he had in mind on paper. The drop-shaped fenders of all wheels, the pointed rear, and the curved farings between the rear fenders and the rear end are striking. The work was attributed to a British bodybuilder named Willie White, but the sources are sparse. It is certain that Trossi commissioned the body in 1933 and that the SSK was delivered to him the following year. The one-off piece was painted in a deep, shiny black, whose kaleidoscopic reflections make the body look almost enchantingly dreamlike. Today, the original vehicle belongs in one of the most important private collections in the world.

To mark the 25th anniversary of the brand, CMC Classic Model Cars is revisiting the “Black Prince”, making it available in 1:18 scale with the intricate detailing that only CMC can deliver. At the Nuremberg Toy Fair, you will see a hand -form of the spectacular body of the Roadster.

25 years of CMC – the whole story in one book!
Scroll to top