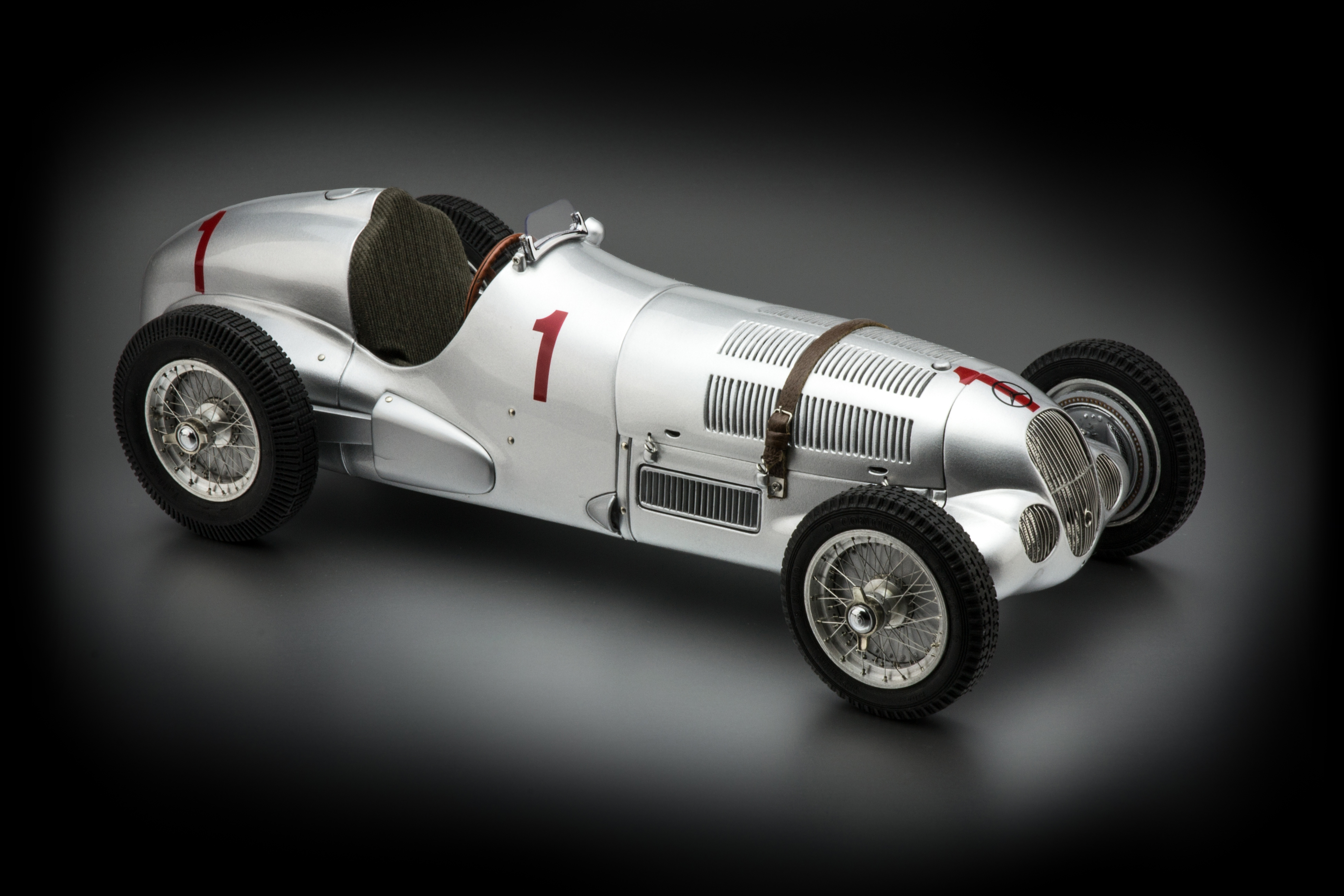 Mercedes send four race cars of the type W125 to the Donington GP in England, that took place at October 2nd, 1937.
Rudolf Caracciola with starting number 1 started the race from the 2nd row but he could immediately get close to the race leaders. During the race “Caratsch” could even get in lead for some time. But it looked like that he was on that particular day Not on the top of his game. Later on Rosemeyer and even his stable mate von Brauchitsch passed him. This way he became dropped down to the 3rd position. And the race ended as well exactly in this order.
CMC recreated the Caracciola car in the most authentic way in a worldwide limited edition of only 1,000 units in scale 1:18.

The Donington Grand Prix of England that took place at October 2, 1937, was the final race of the season and the last race of the 750 kg racing era.

It was the first time the English fans were able to see the grand spectacle of the Grand Prix giants on their island.
The participation of the dominating forces of the era, Mercedes-Benz and Auto Union, promised a more than suspenseful event. Also teams sending their top drivers to the UK like Rudolf Caracciola (Mercedes-Benz) and Bernd Rosemeyer (Auto Union). In particular, the race organizers passed the rule, that all cars have to be equipped with a protective leather belt of the engine hood. This safety rule lend the race car a very distinctive look.

The race itself became a merciless duel between the young Bernd Rosemeyer on Auto Union Type C and the Mercedes pilot Manfred von Brauchitsch on his 570 hp strong W125 8-clinder compressor engine. At the end Rosemeyer won, von Brauchitsch became 2nd and Caracciola became 3rd The two remaining Mercedes drivers Hermann Lang and the local hero Richard Seaman had bad luck. Both had to retire the race because of technical problems or accidents.

The in 125th of the season and Rudolf Caracciola won the European Championship on his W125.