We are happy to be able to announce our next model-novelty, the CMC Ferrari D50, 1956. Further, limited versions will follow still in 2018.

Each model does have its own, unique story. Please take your time to enjoy the descriptions of the different models.

But don’t hesitate too long, because for example the model M-183 CMC Ferrari GP Italy(Monza) 1956, J.M. Fangio / Peter Collins, Limited Edition 1000 pcs. is already sold out thru pre-orders.
Our unique CMC Bundle with a CMC Lancia D50 and a CMC Ferrari D50 Item No. M-184 enjoys great popularity. This set is still orderable only in a small quantity.  As mentioned we’ll start with the following model: 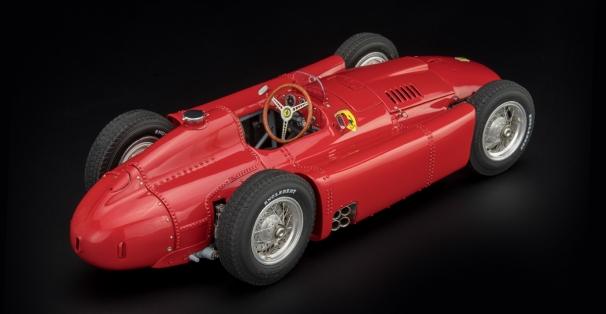 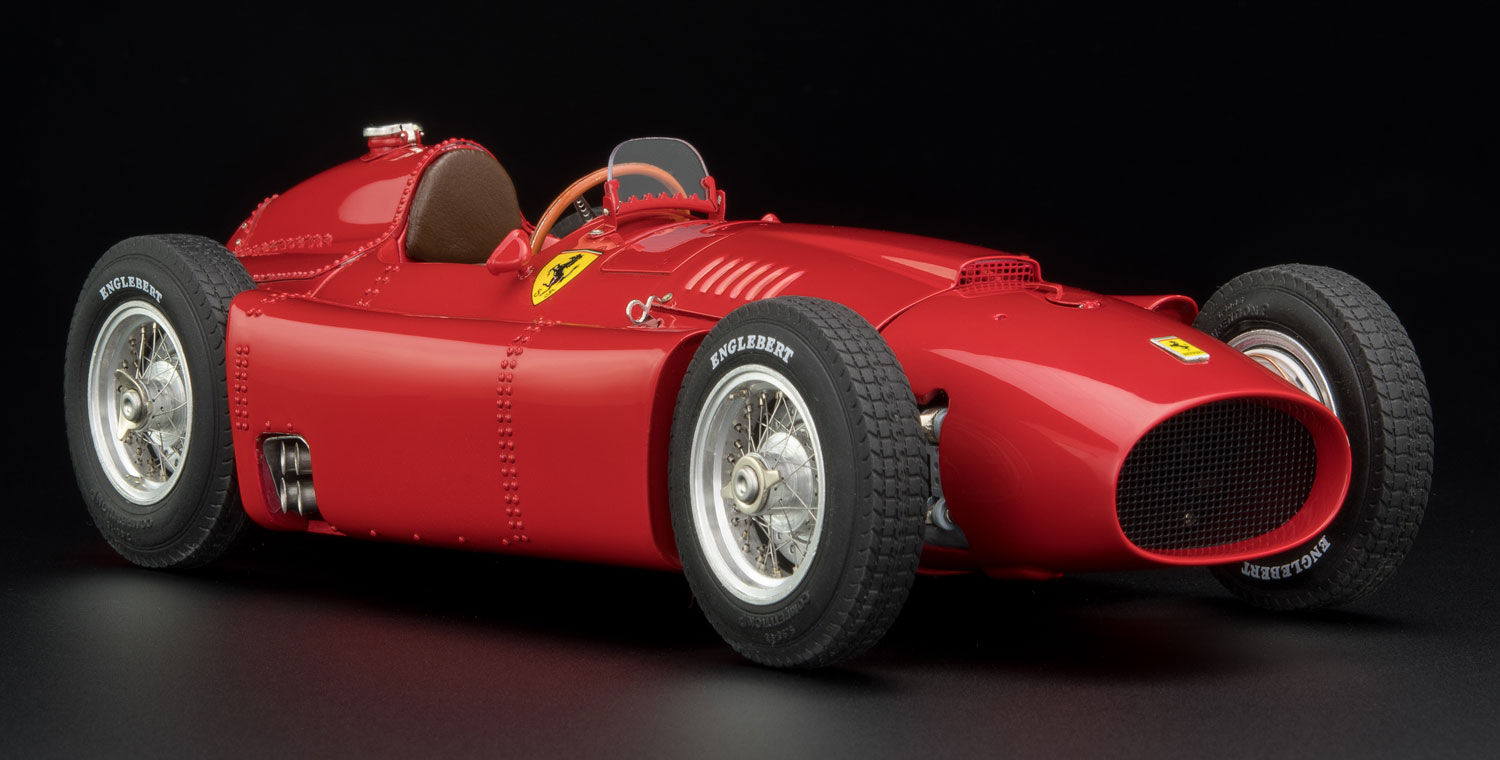 A Come-Back to Fame and Honor

In addition to financial problems, the tragic death of Alberto Ascari shortly after the 1955 Monaco GP eventually put an end to the ambitious D50 project of Scuderia Lancia. It dashed Giani Lancia’s last hopes to stay in Formula 1 racing, not to mention his old dream of taking the lead.

On July 26, 1955, the Lancia D50 fleet, together with its blue prints and documents, tools and a lot of parts, was turned over to the previous competitor Ferrari. This was an exceptional stroke of luck for Enzo Ferrari, as Scuderia Ferrari suddenly acquired a powerful means of racing that had more than demonstrated its worth from 1954 onwards. Furthermore, the former chief designer of the Lancia D50, Viktorio Jano, also joined Scuderia Ferrari.

Ferrari re-designed the Lancia in several ways. It was a process teeming with innovative improvements that would lead the new D50s from one major victory to another. Here is a list of the modifications that mattered:

Consequently, a new D50 was born. M-180 introduces a standard replica of this new D50 with a short nose. A different version of the new D50 will be introduced with a long nose, such as the one racing in the GP of Germany 1956 at the Nürburgring.

After Mercedes withdrew from racing at the end of 1955, Juan Manuel Fangio had to look for a new job. Ferrari welcomed him with open arms. By recruiting several more well-known drivers, including Luigi Musso and Eugenio Castellotti from Italy and Peter Collins from England, Scuderia Ferrari formed a top-notch team to race its new D50s in the 1956 Grand Prix season.

Altogether Ferrari won five Grand Prix victories in 1956, and by the end of the GP season, Juan Manuel Fangio, who had scored the most points in a Ferrari D50, clinched his fourth World Championship of Drivers.

This special edition consists of the following three winning racing cars, each with Fangio at the wheel in 1956.

Background information can be found in the individual model descriptions.

Additionally this model-set will be delivered including a display case and a driver figurine.

This special edition consists of the following three winning racing cars, each with Collins at the wheel in 1956.

Background information can be found in the individual model descriptions.

Additionally this model-set will be delivered including a display case and a driver figurine.

Directlink to the model