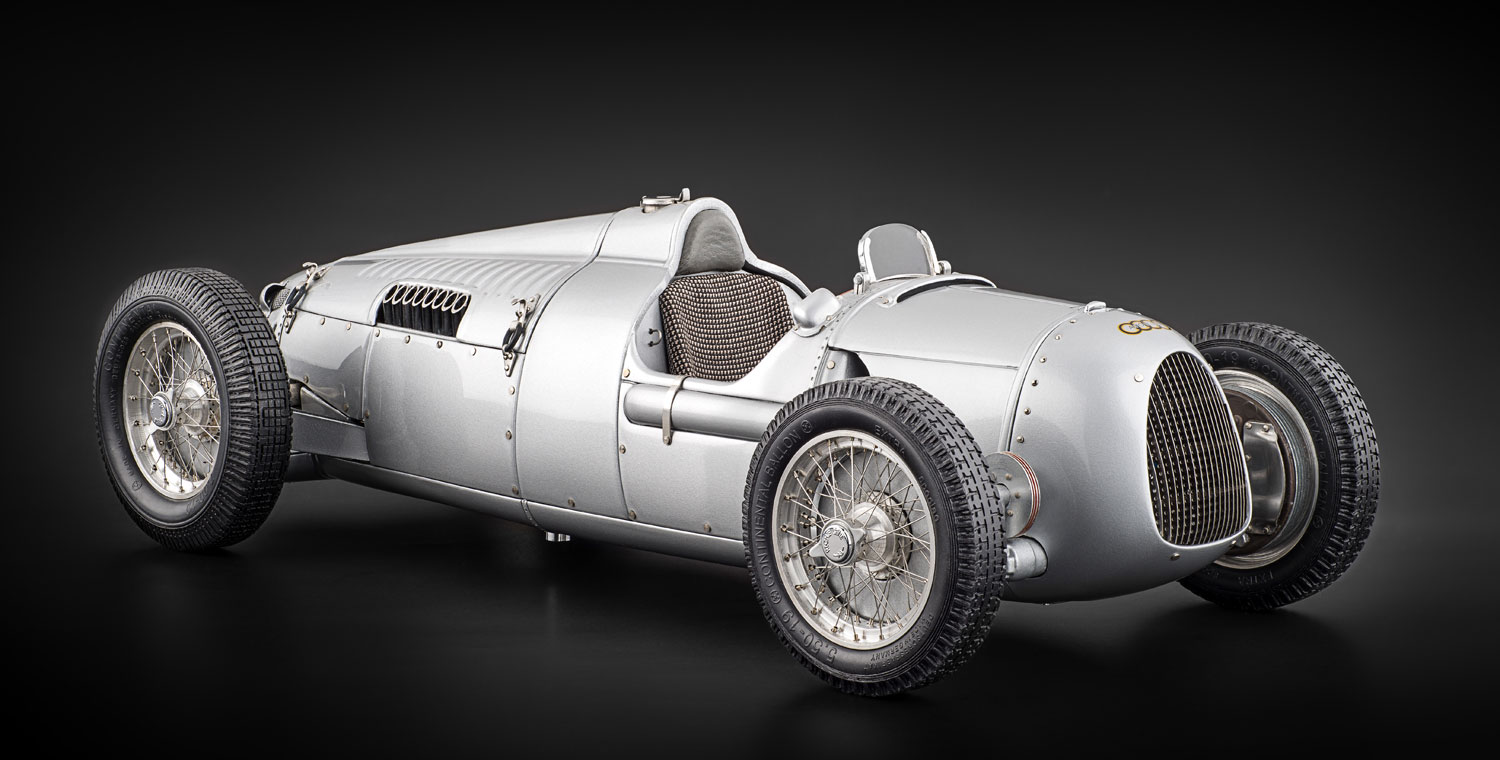 With the introduction of this legendary racing car in 1936, Auto Union was from the beginning very successful in the Grand Prix events. The most popular driver with this racing car was Bernd Rosemeyer, which won with the type C the European Championship in the year 1936. He could continue his success also in the year 1937 with additional 5 Grand Prix victories.

With the Type C, Auto Union delegated a 750kg formula racing car as of 1936 to the international racing events with property to be able to defeat the established brands, especially the favorite Mercedes Benz.

The Bolide developed by Ferdinand Porsche showed the revolutionary order of the position of a 16 cylinder V-engine behind the driver an in front of the rear axle as an important construction feature.

The engine was charged by a Roots compressor and type C reached a performance in the third stage of development of 520 HP at 5000 RPM.

This pure strength asked the highest sensitivity and absolute driving knowledge of the pilot.

No less a person than Bernd Rosemeyer, the new star in the Grand Prix racing circus mastered this racing car so expertly and sovereignly, that he advanced to the indisputable leading driver as of 1936 and for the brand with the four sinuous rings he hurried from victory to victory.

So the combination, brilliant racing car type C and the young driver talent Bernd Rosemeyer with 5 Grand Prix victories and the coronation as a European Champion became success story 1936.

Also 1937, Bernd Rosemeyer was the superior driver with his type C, who in turn could decide 5 races for himself and thus furthermore prevented the absolute dominance of Mercedes.