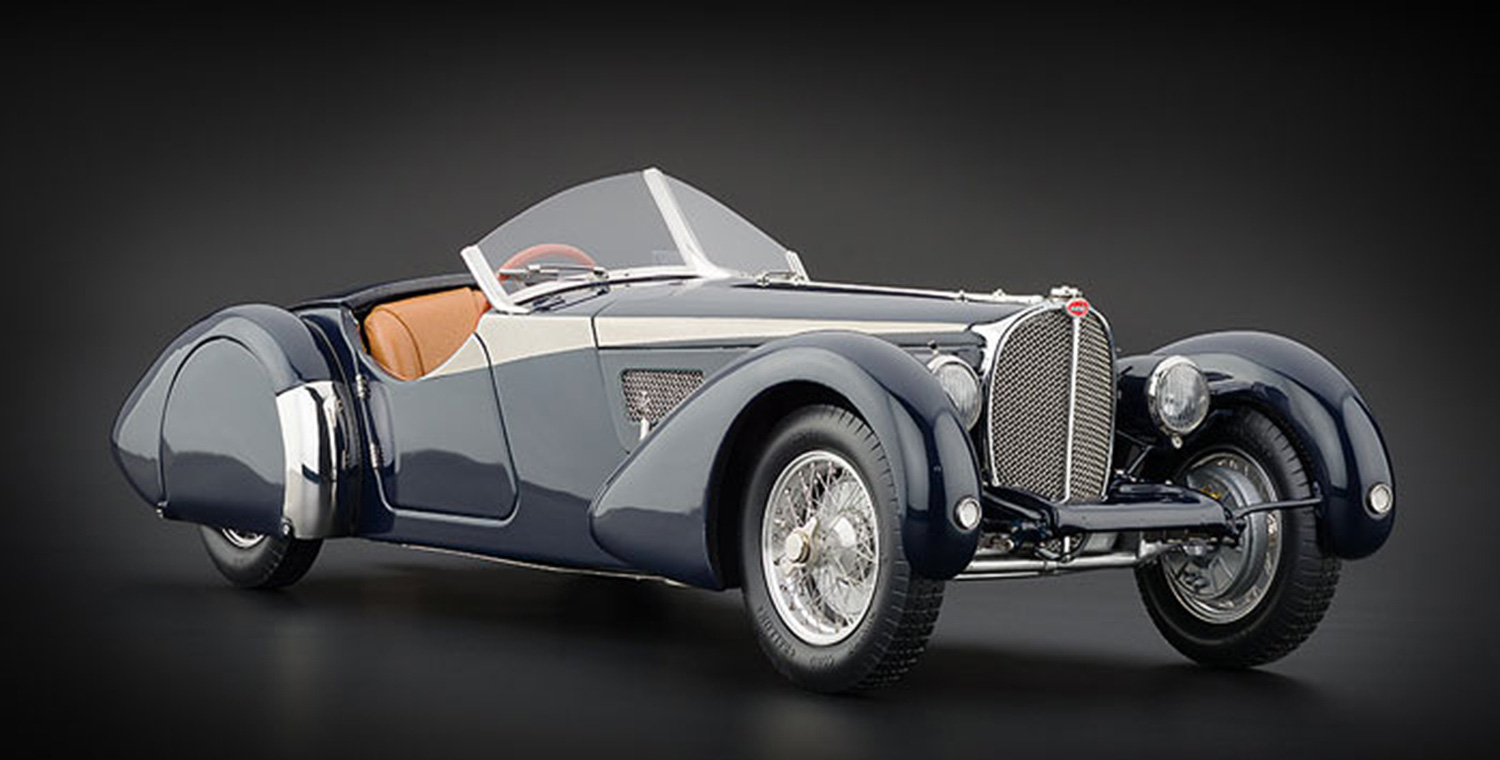 The Bugatti Corsica Roadster, built on a Type 57 S chassis, is one-of-a-kind vehicle that is existent to this day. A British owner first came into possession of this car in 1938. Today it is part of the extraordinary collection owned by Mr. John Mozart in California.

No longer available for ordering!

British Colonel Godfrey Giles acquired a Bugatti 57 S chassis in 1937 for the roadster he would like to have. His brother Eric Giles undertook to design the bodywork, and an English coachbuilder Corsica executed his plan. It led to the birth of an astonishingly beautiful roadster. Its recorded registration took place in 1938, with the license plate number “GU7.” The roadster seemed to develop some engine problems later on. To fix them, a compressor and pistons of a different type were installed, hence the new type designation 57 SC, where C stands for “compresseur.”

In 1985, the vehicle came to be owned by John Mozart, a renowned collector in California. At the end of 1995, he initiated a complete restoration of the car. The roadster re-emerged as a stunning beauty in a dark blue finish and won the much-coveted “Best of Show” award at the 1998 Pebble Beach Concours d’Elegance. CMC has replicated the Mozart car in its contemporary gorgeous appearance as a high-end model of the first class.

We would like to thank Mr. Mozart and the Bugatti Automobiles S.A.S. – Tradition for their generous support during the research and development process.

Model of the year 2014
Awarded by: Magazine "MINIAUTOmag"
All awards »