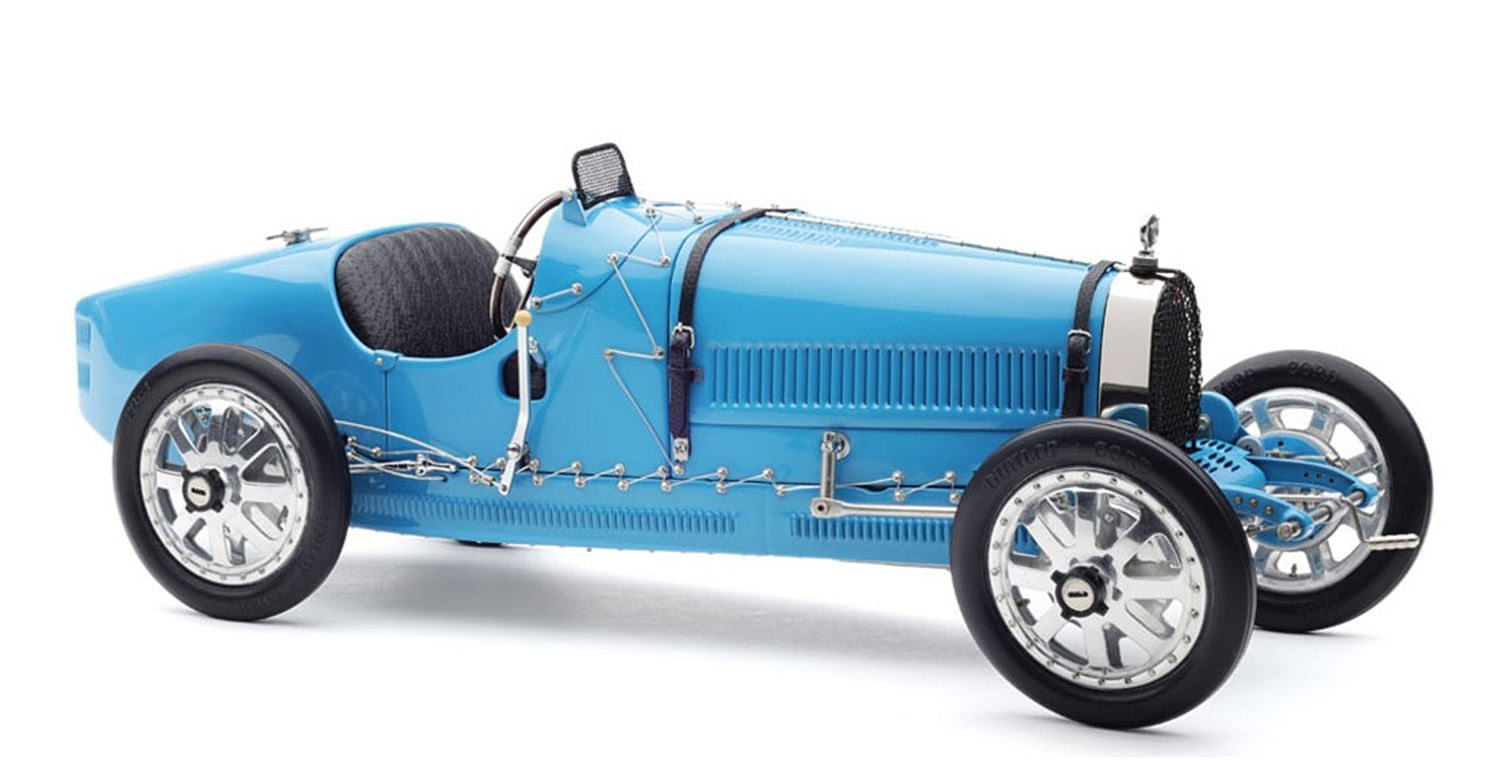 Ettore Bugatti belongs without a doubt to the most ingenious designing engineers in automobile history. Already one of the first creations of the so-called „Le Patron“, the Bugatti Type 35, became a technical masterpiece.

It became a classic and the source and inspiration for many further racing- and sports cars.

Born in Milan on September 15, 1881, Ettore Bugatti already had a factory founded in Molsheim, Alsace when he was still young. Within a few years, everyone in the nascent automobile industry was talking about that “genius of Molsheim.”

For Ettore Bugatti, designing cars was a matter of seeking perfection, or in other words, a pursuit of both beauty and functionality. In 1924, with the Type 35 he started an era characterized by Bugatti dominance for the next six or seven years. During this period, the Type 35 proved to be a perennial victor on the motorsport scene, winning races like no other car had ever done, or would ever do.

CMC would like to pay its tribute to the successes of the Type 35 as well as to its technical and styling achievements. The replica that is presented to you features unparalleled detailing of the 1924 Grand Prix version of the Type 35 (without the spare wheel). It is made of 926 parts and assembled with meticulous skills and craftsmanship so as to do justice to the famous Bugatti brand and its unique styling represented by a prominent horse-shoe cooler.

Special feature: Metal body screws custom-made in the famous Bugatti style. All body screws are positioned true to the original and secured by a stainless
steel wire.

Miniature of the year 2009
Awarded by: Magazine NAMAC
All awards »