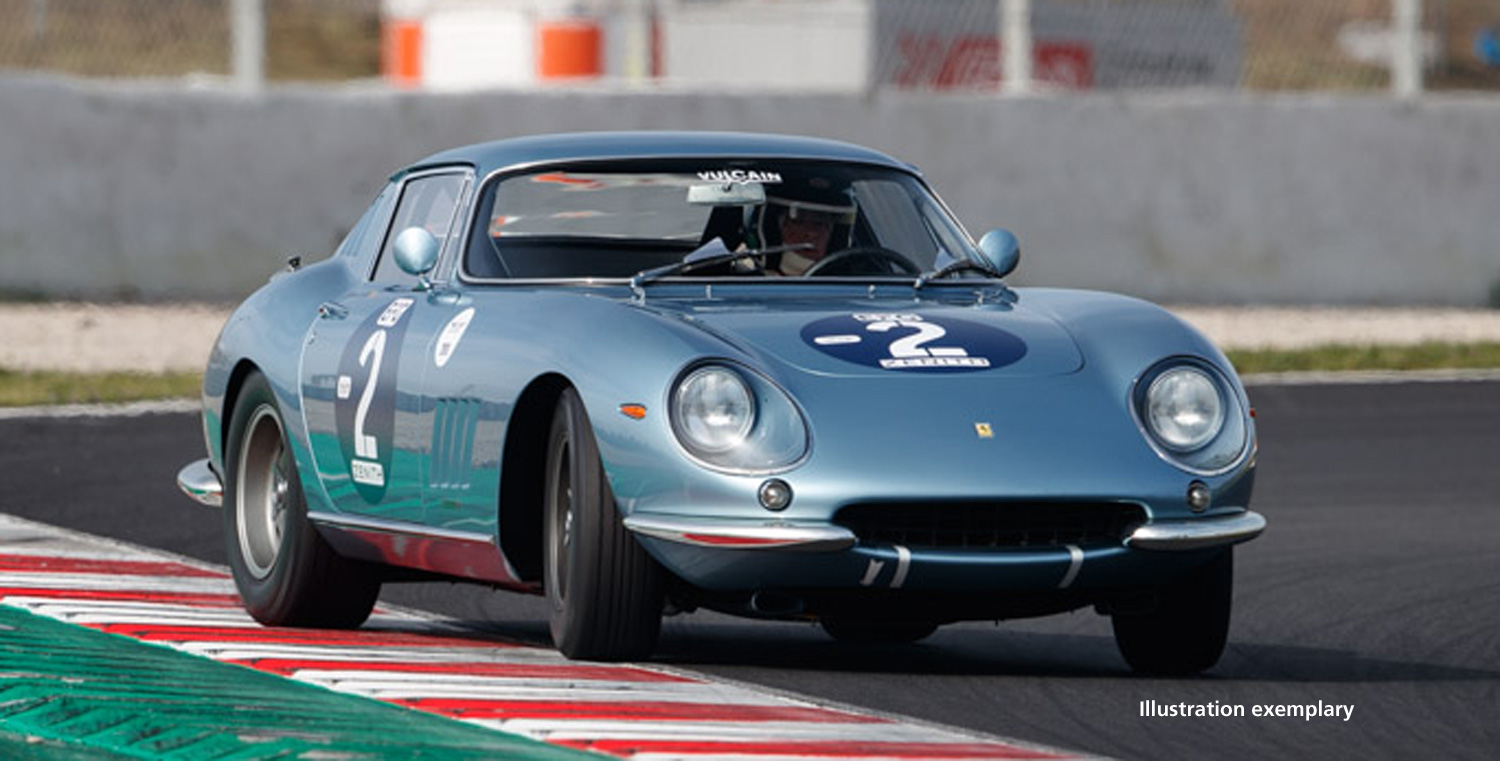 Back in 1966, Ferrari launched a new competition version of the 275 GTB and designated this series as 275 GTB/C. Twelve 275 GTB/C cars were built by the racing department of Ferrari at Maranello, and eight of them, including Chassis 09063, featured a left-hand drive configuration.

Pedro Rodriguez, the famed Mexican race car driver, was the first owner of Ferrari 275 GTB/C 09063, which he entered in the combined Nassau Tourist Trophy and the Governor’s Trophy in December 1966. He finished 1st in class and 7th overall. The purchse of this car was said to have been partially funded by Luigi Chinetti’s supporter so as to keep Pedro Rodriguez loyal to NART(North American Racing Team).

Then came the 24 Hours of Daytona in February, 1967. With Carlos Salas Guterrez and Hector Rebaque Sr. at the wheel, Chassis 09063 was caught in an accident that forced it to retire early. The 275 GTB/C was repaired and fitted with a six-carburetor intake, instead. Paring with Sam Posey, Ricardo Rodriguez raced the car at the 1969 Daytona 24 Hours and finished 1st in class and 23rd overall.

Chassis 09063 possesses an impressive racing history and provenance. Not only was this Ferraari driven by the legendary Pedro Rodríguez, it was also campaigned by Chinetti’s North American Racing Team in the most important US endurance races: Daytona and Sebring. In the hands of subsequent owners, the GTB/C remained competitive well into the 1970s. In 2018, Chassis 09063 was estimated to be worth 12-14 million by Gooding & Company.