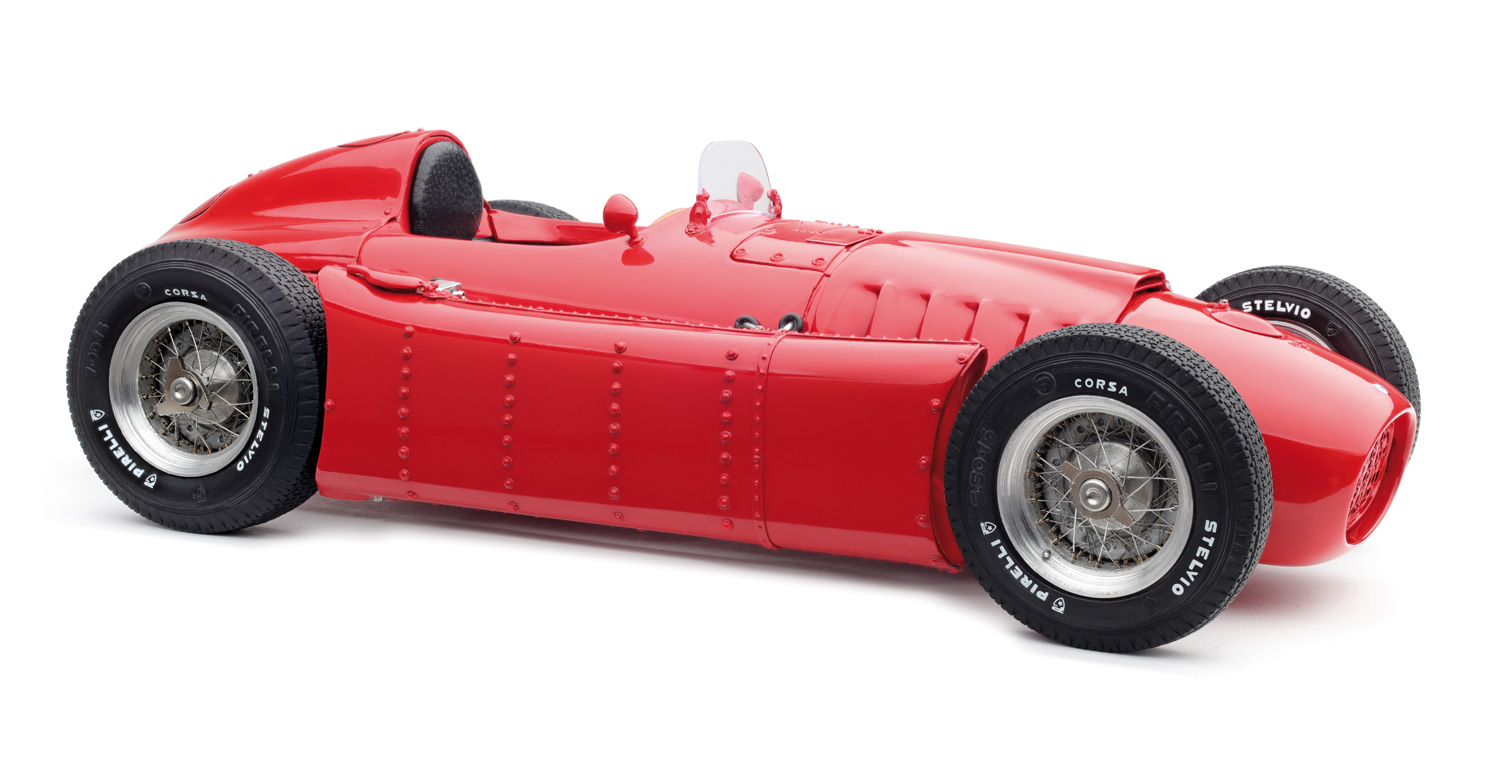 Lancia had a reputation of featuring cutting-edge innovations, not only in its motor sport but also street-worthy models. Somehow the D50 was a borderline case, as Gianni Lancia allowed Vittorio Jano all the freedom to design the first ever Formula One racecar from Lancia. The revolutionary and state of the art design of the D50 promised well for its bid to honor and fame. But after the tragic loss of Ascari, Gianni Lancia turned away from the motor sports for a long time.

The design of the D50 was master-minded by Vittorio Jano with revolutionary innovations to cope with the new rules imposed on Grand Prix racing. Among its characteristic features were a transaxle that lowered the center of gravity significantly, a light-weight compact V8 engine with a 90° cylinder angle and four overhead camshafts, and aerodynamically-shaped pannier fuel tanks. To get the drive shaft, which was rotating in concert with the crankshaft revolution, to bypass the driver cabin, the engine was tilted off the longitudinal axis by 12° to the left. The gearbox was mounted transversally just in front of the de Dion rear axle. These were ground-breaking features that made the D50 one of a kind.

Lancia´s ambitious Formula One project soon caught the attention of big shots in the racing world.  Alberto Ascari, a two-time world champion from the years before signed to drive for Lancia. Luigi Villoresi, another outstanding driver, joined the Lancia team. In 1955, more well-known pilots were added to the team, including Eugenio Castellotti.

On Oct. 24, 1954, the Lancia D50 made its debut at the last event of the racing season – the Spanish Grand Prix in Barcelona. Alberto Ascari took pole position in qualifying and accomplished the fastest race lap with 2.18 min, but a clutch failure forced him to retire in the 9th of the 80 laps. The revolutionary spirit started gloriously, but it came to an abrupt end – at least for that season.

No other Lancia automobile had ever caused such an emotional stir in competition and among the public, not to mention its lasting impact on the company’s fortunes. With the demise of Alberto Ascari shortly afterwards, the costs from the development of the D50 and the pursuit of victories in prestigious Grand Prix racing proved to be too much for Gianni Lancia to bear.

The racing team, together with the D50 fleet, was handed over to Enzo Ferrari in 1955, and Lancia’s motorsport activities were discontinued for almost a decade.

Supermodel of the year 2018
Awarded by: Magazine "Modellfahrzeug"
All awards »