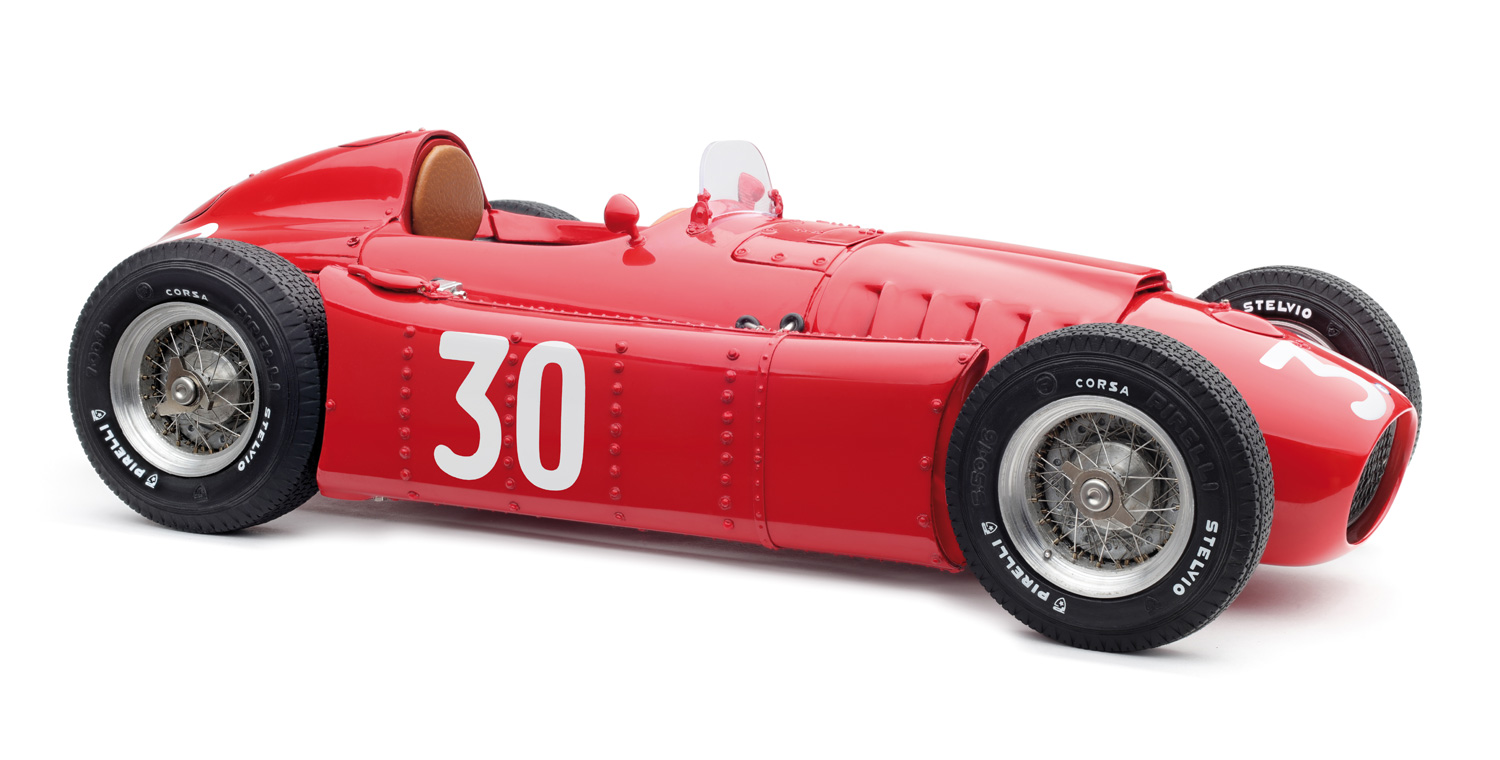 The talented Eugenio Castellotti was a member of Scuderia Lancia as were Alberto Ascari and Luigi Villoresi. With his achievements at the Grands Prix in Turin and Pau, Castelotti came to the Monaco GP with great self-confidence, knowing that he was entitled to a fourth place in the starting grid, next only to Fangio, Ascari, and Moss.

Eugenio Castellotti, born on October 10th, 1930, was registered as an amateur driver who raced a Ferrari in 1950. He was talented enough to manage a stunning second-place podium finish in the 1952 mega-sports-event of the Mille Miglia. From 1953 onwards, he raced sports cars solely and successfully. In the Carrera Panamericana of that year, he finished third, next only to Juan Manuel Fangio and Piero Taruffi. He also won the 1953 Italian Bergrennen (Hill-Climbing) Championship. It was small wonder that Gianni Lancia, a motorsports enthusiast, signed Eugenio Castellotti onto his Scuderia Lancia.

The debut of Scuderia Lancia at the Spanish GP (the last event of the 1954 racing season) and again at the Argentine GP (the opener of the 1955 new season) proved to be a disaster. None of its three team cars ever crossed the finish line, and scoring points for a championship title was just out of reach.

The successes at the two Grands Prix in Turin and Pau that came in the wake of the Argentine F1 race were much-needed consolations, but they did not actually contribute to the fulfillment of Gianni Lancia´s Formula One dream. Still, he got some satisfaction from the fact that his drivers and machines were good to match the Mercedes in Monaco. Ascari and Fangio set up an identical lap time – 1:42.1 minutes, but Fangio was the first to nail it and, therefore, gained the pole for the race. Directly behind Ascari was Stirling Moss, who was positioned at the third place and followed by Eugenio Castellotti at the forth place.

It was an eventful race, brimming with technical problems and retirements for the Mercedes, Maserati and Gordini teams. The tumultuous atmosphere climaxed with Ascari plunging into the sea in a Lancia D50.  At least this incident had nothing to do with any mechanical failure. The 1955 Monaco Grand Prix took on a nearly comic ending when everybody was astounded that Maurice Trintignant, who raced in a reliable, supercharged, but seemingly obsolete Ferrari, turned out to be the winner. He had led Eugenio Castellotti merely by 20 seconds in the 100th and final lap.