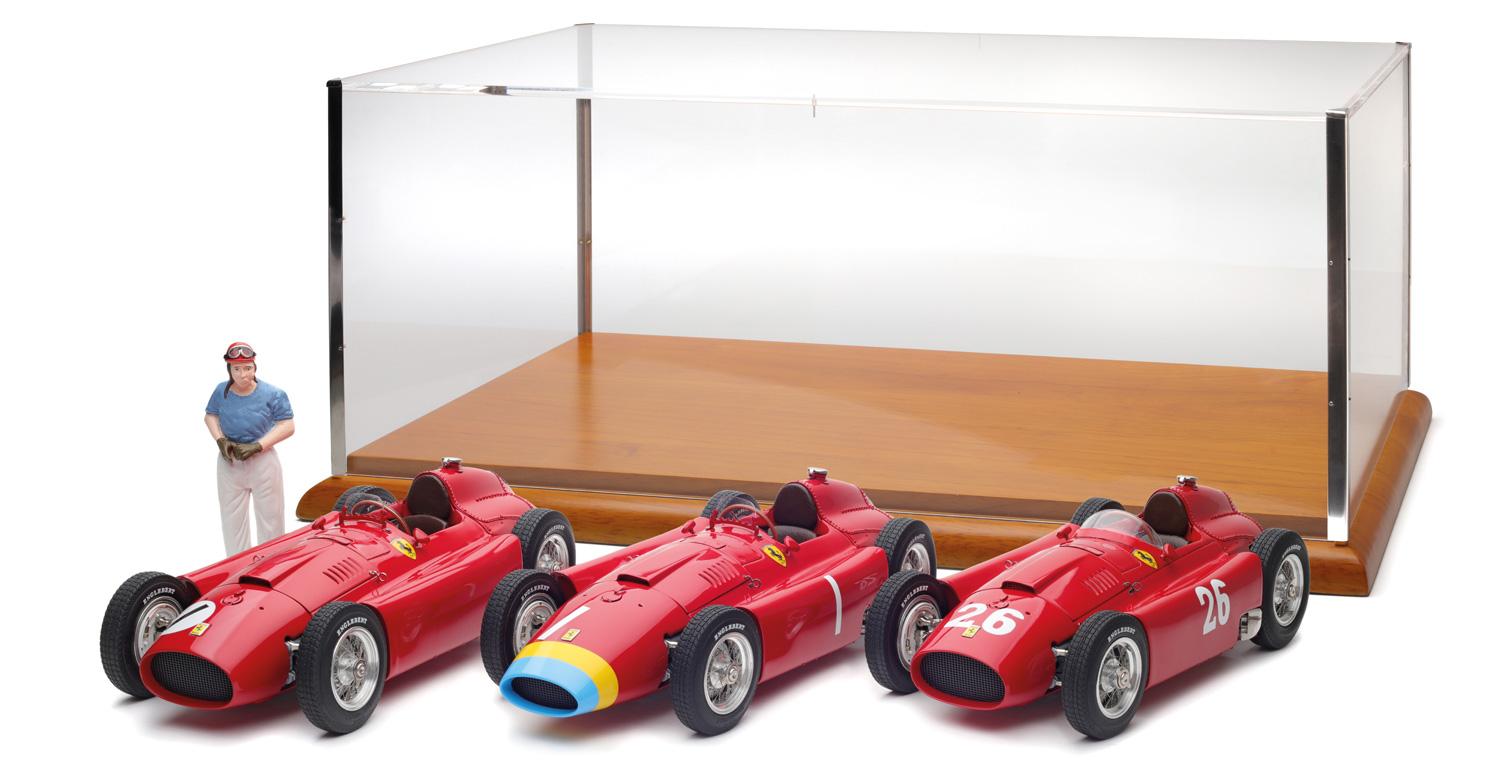 For the Lucky Set 2018 Fangio, we selected three different race cars of the type CMC Ferrari D50 with which the Scuderia pilot Juan Manuel Fangio was able to win the 1956 Formula 1 championship.

Additionally this model-set will be delivered including a display case and a driver figurine. The Lucky Set is only available as a complete-range.

No longer available for pre-ordering

This product is currently not available, but you can pre-order it here. When the product will become available, we will inform you by e-mail and you have to make the payment only then.
Request for item via Email or telephone: (852) 2186 9020
Item no. M-201 Categories: CMC Ferrari, Models 1:18

The Formula 1 1956 was all about the Scuderia Ferrari. The star driver of the Scuderia, veteran Juan Manuel Fangio, won the driver world champion title on a Ferrari D50 after a hard and hard-fought Grand Prix season. Decisive for this success were his consistently good race results, which helped him heap up a points account big enough that a second place finish in the last race would do to keep the lead on his competitors. So his Monza score brought Fangio his fourth driver´s champion world title.

This model-set will be delivered including a display case and a driver figurine.