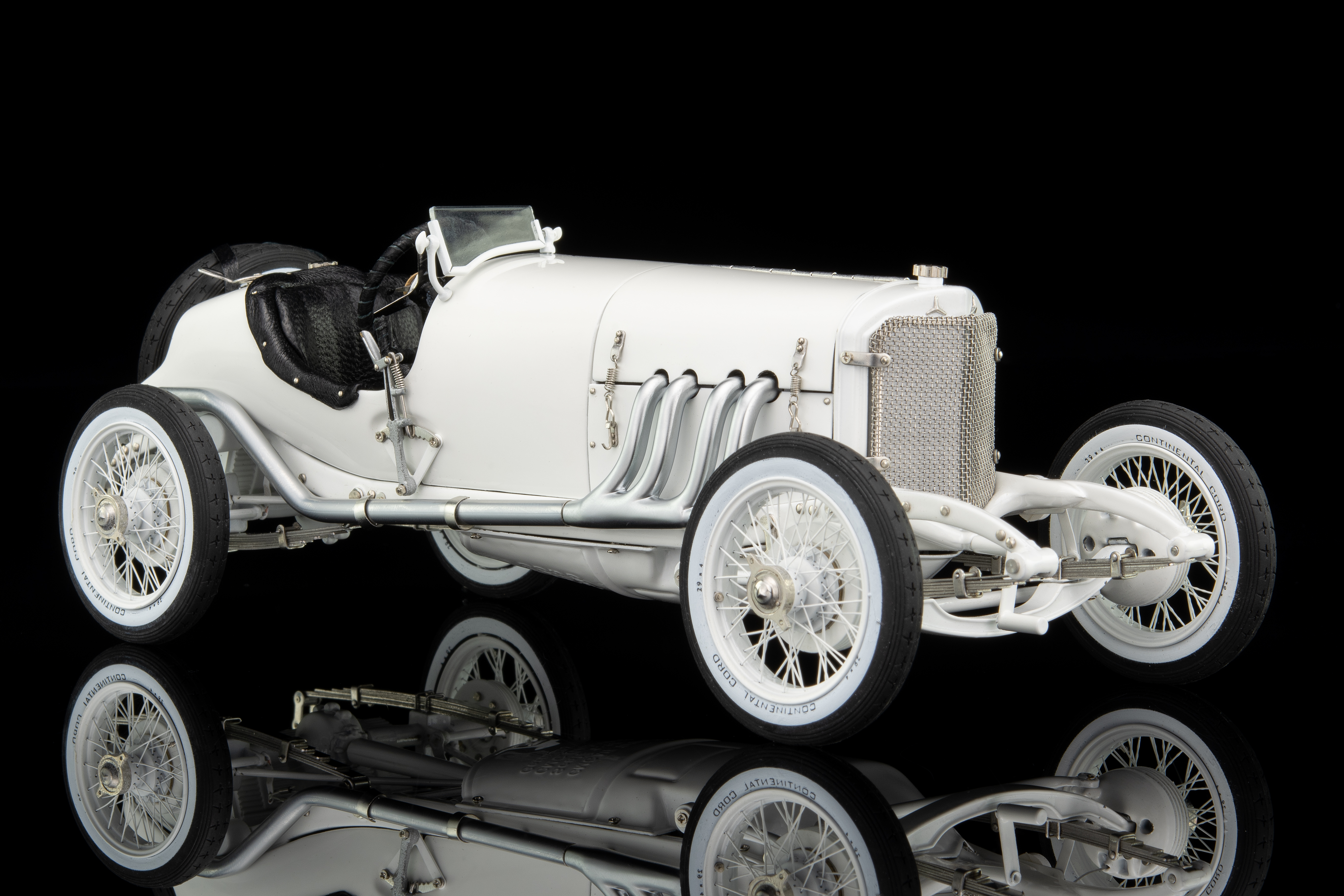 This product is currently not available, but you can pre-order it here. When the product will become available, we will inform you by e-mail and you have to make the payment only then.
Request for item via Email or telephone: (852) 2186 9020
Item no. M-206 Categories: All-Products, CMC Mercedes-Benz, Models 1:18

In 1923, the era of supercharged racing cars began. The Daimler factory in Untertürkheim of Stuttgart did not sit idle on this trend, and the development of a new supercharged vehicle soon got under way.

It was meant to develop a new racer for the 1924 Targa Florio, and Ferdinand Porsche was the new chief designer at Daimler Motor Company. Under his personal direction, a team of engineers conducted an in-depth look into the 1923 M7294 compressor engine and came up with some ground-breaking upgrades. As a result, the mximum output was pushed up to 126 hp (even to 150 hp in late 1924). This was made possible by relocating the compressor –  Roots blower – to the front of the engine. When more power was needed, it could be obtained by a forceful step on the gas pedal. This would trigger the mechanic action or movement to bring the output from a normal 68 hp up to 126 hp.

With this variant we offer you a model complete in white, without starting numbers.