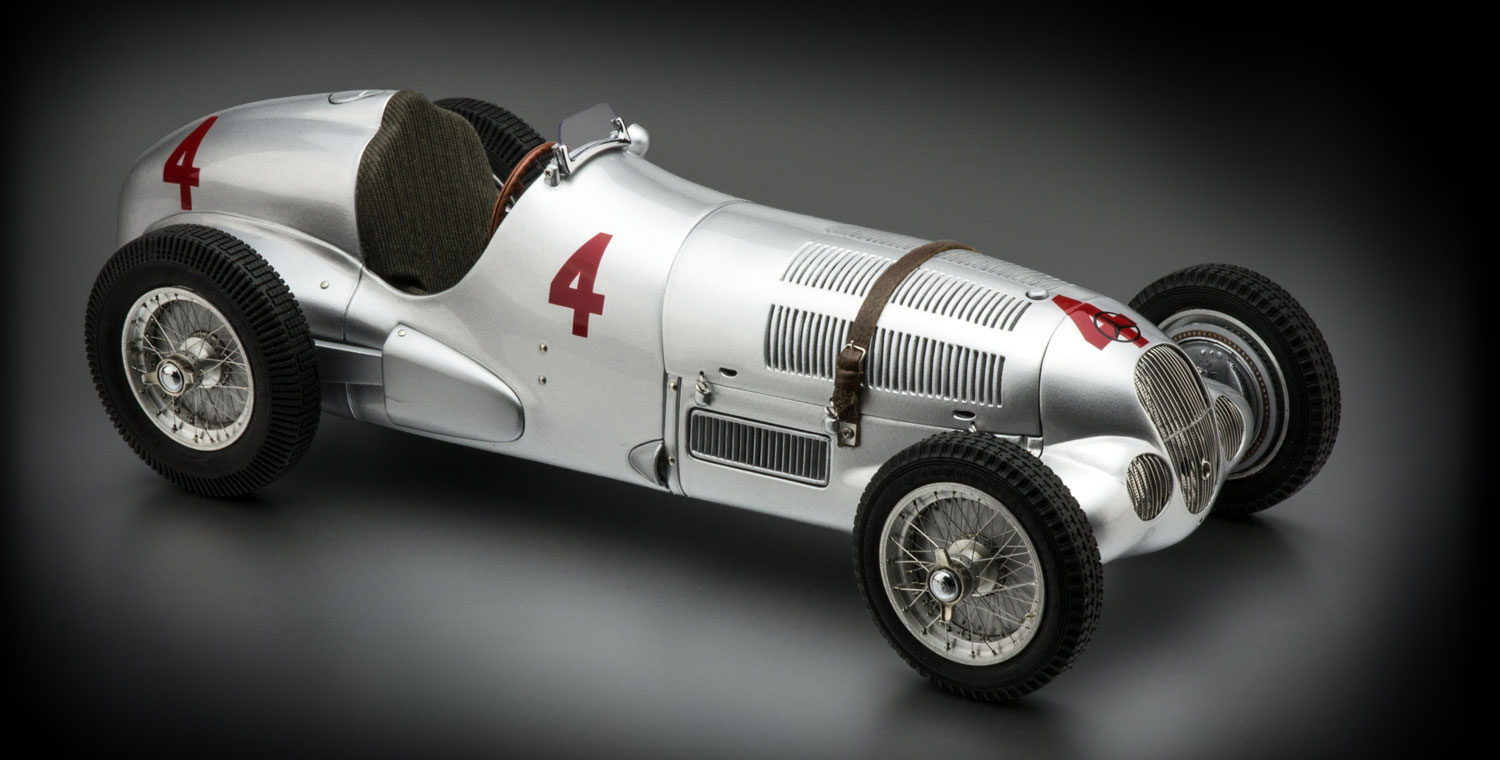 Mercedes entered four race cars of the type W125 for the Donington Grand Prix 1937. Richard “Dick” Seaman took off with starting number 4. But his hopes were dashed in the 4th lap, as the Auto Union driver H.P. Müller crashed into the rear end of Seaman’s W125. Despite the damage of the rear end, gearbox, and rear shock absorbers, Seaman continued to race unrelentingly with huge restrictions. Eventually in lap 30, however, he had to give up the race in bitter disappointment. CMC has replicated the Seaman car virtually identical to the original.

The Donington Grand Prix of England that took place on October 2, 1937 was the final race of the season and the last round of the 750 kg formula racing. For the British, it brought the Grand Prix to their island for the first time, an opportunity to see spectacular performances and auto giants.

Mercedes-Benz and Auto Union had been closely involved in the competition of major Grand Prix races, so a duel was expected to unfold between them, especially after both teams were reported to have sent their top drivers to the UK, such as Rudolf Caracciola for Mercedes-Benz and Bernd Rosemeyer for Auto Union. For safety reasons, the race organizers also decreed that all cars participating in this race be equipped with an additional leather belt to keep the engine hood shut, which gave each race car a very distinctive look.

The race itself was a merciless showdown between the young Bernd Rosemeyer in an Auto Union Type C and Manfred von Brauchitsch in his Mercedes W125 with a 570-hp 8-clinder compressor engine. At the end Rosemeyer won, whereas von Brauchitsch finished 2nd and Caracciola, 3rd. The other two Mercedes drivers Hermann Lang and Richard Seaman, a native son and hero, were out of luck. Both had had to retire from the race because of technical problems or accidents.

All in all, Mercedes should be satisfied with a 2nd and a 3rd places. The W125 proved to be the most successful Grand Prix car of the season, and Rudolf Caracciola won the European Championship in his W125.